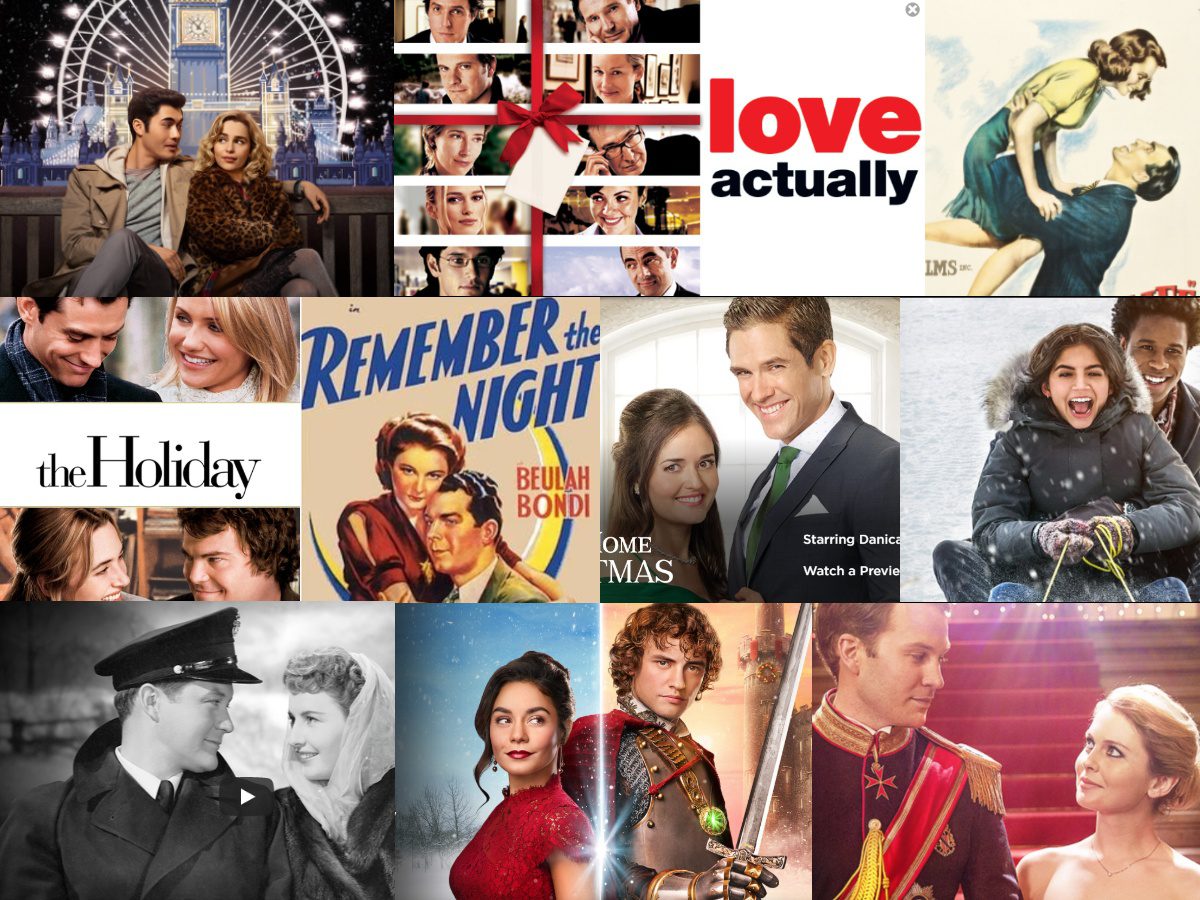 February is the season of the Valentine and the perfect time to snuggle with your partner and enjoy a romantic movie or two. Even if you are single, these romantic movies will give you hope and the warm fuzzies in your tummy. Regardless of whether you like romantic movies or not, these top 10 must-watch Christmas-time romantic movies will take over your heart. These rom-coms strike the right balance of comedy and romance to entice every cynic as well as every romantic movie fan. So get ready with some hot chocolate and yummy snacks and start binge-watching this fantabulous collection of movies!

Last Christmas was a PG-13 movie released in 2019 by Universal Pictures. It stars Emily Clarke, who played the famous Khaleesi from the Game of Thrones series. It also includes Emma Thompson and Boris Isakovic. Clarke plays a young woman named Kate who works as an elf at a Christmas store, who is prone to making bad decisions in life. Soon she bumps into Tom, played by Isakovic who brings out Kate’s best persona. A must on every top romantic movies list, Last Christmas is a wonderful movie to watch with your loved ones this valentine season.

A Christmas Prince, starring Rose McIver was released in 2017. The movie tells us the story of a reporter, Amber who gets a chance to go undercover as a tutor to get the inside scoop on the handsome playboy Prince. Little does she know that there is plenty more in store for her! Amber soon finds herself mixed up in some royal intrigue and unexpectedly falling for the Prince.  Considered one of the most romantic Christmas-time movies, it is no surprise that it has two sequels, namely, A Christmas Prince: The Royal Wedding and A Christmas Prince: The Royal Baby.

Coming Home for Christmas is a TV movie that was telecast on Hallmark in 2017. It tells us the story of a young woman, Lizzie Richfield who takes up a new job as a house manager at an estate in the pristine Virginia countryside. She soon finds herself planning a final Christmas gala for the family that owns the estate. This is where she is drawn to one of the Marleys, while another Marley pursues her. Watch this movie to find out how Lizzie navigates through this complicated triangle. This movie belongs on your list of must-watch romantic movies if you enjoy a simple storyline that takes place in beautiful locations.

Considered one of the most popular romantic movies¸ Love Actually has a huge fan following all over the world. Love Actually released in 2003, has a star-studded cast comprising Hugh Grant, Liam Neeson, Colin Firth, Laura Linney, Emma Thompson, Alan Rickman, Keira Knightley, Martine McCutcheon, Bill Nighy, and Rowan Atkinson. The movie tells us about different aspects of love through 10 separate stories that are interlinked as the movie progresses. The movie takes place a few weeks before Christmas and is followed by an epilogue that occurs one month after the holidays. Love Actually is one of those romantic comedies that capture a piece of your heart. Watch the movie to find out which love story you root for the most!

The Holiday starring Kate Winslet, Cameron Diaz, and Jude Law was released in 2006 and distributed by Columbia Pictures, which is now a part of Sony Pictures. The movie tells us about two strangers, Iris and Amanda living on opposite ends of the ocean. Iris and Amanda find themselves clutching the short straw when it comes to love and decide to register for a house exchange for the upcoming Christmas holidays. This impulsive move sends both these women on different paths as they discover more about themselves and also find new love prospects. This lovely movie is one of the best romantic comedy movies! Watch this wonderfully directed movie to find out what happens next and how these women overcome the bumps in their lives.

Remember the Night is one of the classic romantic movies.  Starring Fred MacMurray, Barbara Stanwyck, and Beulah Bondi. It was released in 1940. The movie tells us about a young lady, Lee Lander who gets caught shoplifting. Unfortunately, this is her third offence causing her to get prosecuted during the Christmas holidays. However, the prosecutor finds himself sympathizing with Lee and arranges her bail. He even takes her to his home for Christmas. Watch this romantic movie to find out how the prosecutor deals with his feelings for Lee and how they handle the trial.

Any Christmas movie list would be incomplete without the classic movie, It’s a Wonderful Life. Although released in 1946, this movie is still telecast every Christmas. The movie is about George Bailey, a man who has always looked after the needs of the people of his town. He is the only person in the path of his uncle Mr. Potter who is bent on taking over the town. Soon George finds himself in a tight corner caused by his uncle. Unable to find a way out, George is on the brink of considering suicide when he is visited by an angel. This heart whelming movie is a testament to the true spirit of Christmas. It is one of the top romantic movies to watch with your valentine. Watch this movie to find out what happens to George.

Christmas in Connecticut starring Barbara Stanwyck, Dennis Morgan, and Sydney Greenstreet was released in 1945. The movie tells us the story of a journalist named Elizabeth who is one of the famous food column writers in the country. Although she describes herself as a farm woman who looks after her children and works hard on her farm, in truth she is single and lives in New York and has no inkling about cooking. In fact, she gets her recipes from her friend. However, Elizabeth soon finds herself in a muddle when her editor insists that a heroic sailor spends Christmas at Elizabeth’s farm. Considered one of the best romantic movies of all time¸ Christmas in Connecticut is in a league of its own!

Let it Snow starring Isabela Merced, Shameik Moore, and Odeya Rush was released in 2019. This movie tells us the story of a group of high school students who find themselves in a bit of a conundrum after a snowstorm hits their little town on the eve of Christmas. Let it Snow has a spot on every top ten romance movies list. Watch this movie to get lost in the spirit and feel the warmth of young love, innocence, and friendship.

Hollywood Christmas-Time Romantic Movie No. 10: The Knight Before Christmas

The Knight Before Christmas starring Vanessa Hudgens, Josh Whitehouse, and Emmanuelle Chriqui was released in 2019. The movie is about a sorceress who transports a medieval knight to the present day during Christmas. The unfortunate Knight befriends a young teacher in the city and soon learns to navigate through the modern world. Although the Knight longs to go back home, he finds himself drawn to the young teacher as the days go by. The Knight Before Christmas is one of the best romantic movies ever with a refreshing cast and an interesting storyline.

This list of romantic movies will surely keep you glued to the couch as you enjoy the company of your friends and family. After all, there is no better time than indulging in some heart-warming movies that will touch your heart and help you be in the Valentine spirit this February.

If you are in the mood for something lighter, check out the Top 10 Christmas Movies – Comedy and roll-on-the-floor laughing!