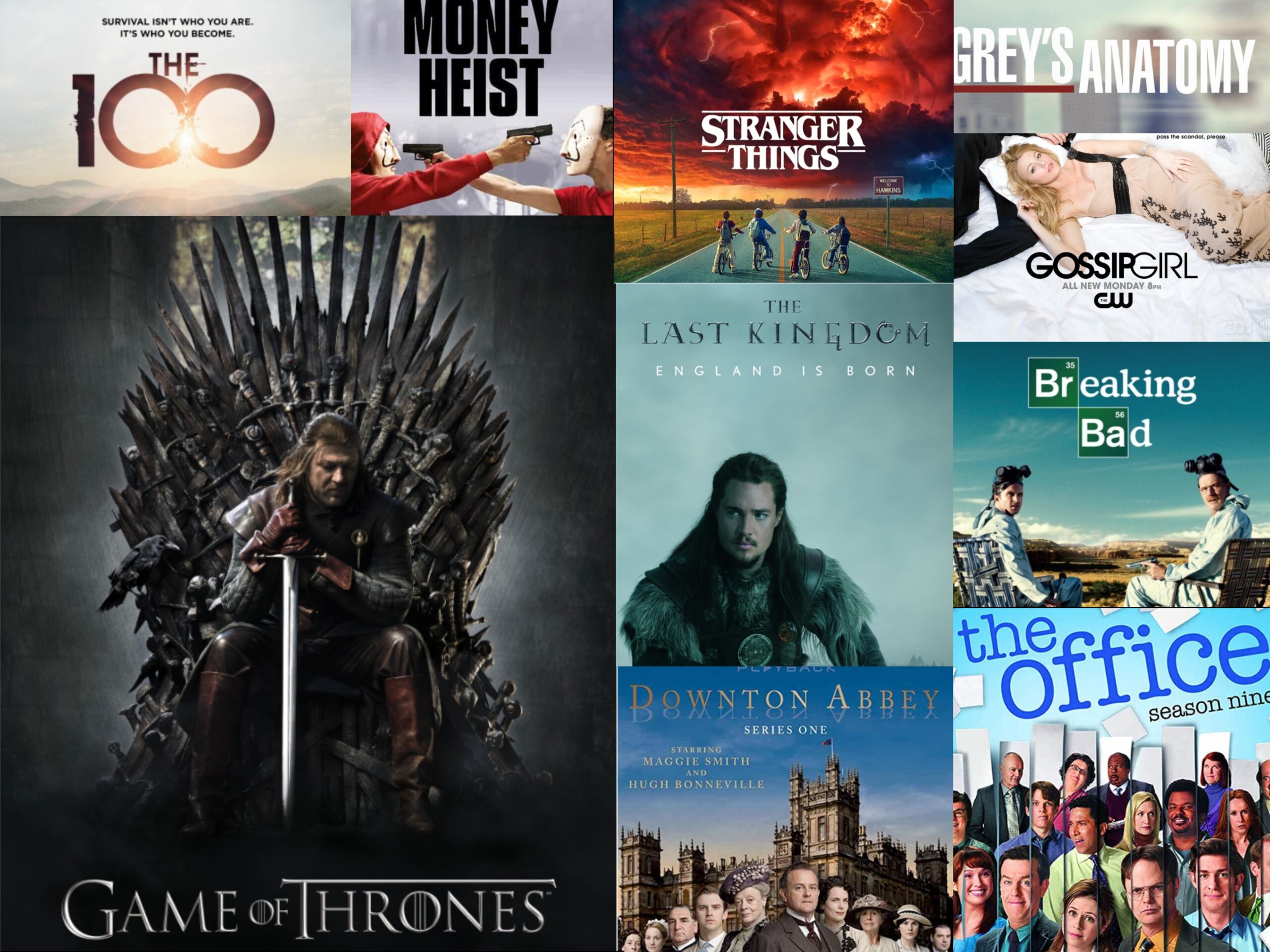 Are you looking for a great show that will knock your socks off? Well, you have come to the right place! We have assembled a great collection of top 10 shows to binge watch in 2020 from different genres that will keep you glued to the screen for hours on end. Press play and enjoy the show!

If you are a fan of medical drama that also focuses on the personal lives of the medical staff, you have hit the jackpot! Going strong for 16 seasons, Grey’s Anatomy has managed to create a strong fan base solely on its strong plot lines and fine actors. The first season starts with an introduction to a group of first-year surgical interns at Seattle Grace Mercy West Hospital. These interns bumble their way through the hospital corridors as they try to impress their superiors and outsmart their peers while saving lives at the same time. The show has drama, suspense, tragedy, and plenty of romance. You will love, laugh and cry with them as these interns grow into their roles and finally take on the mantle of resident surgeons and even Chief of the Hospital. With plenty of heart-breaking moments, it is a good idea to keep the tissue box next to you while you watch Grey’s Anatomy!

Are you fascinated by period dramas? Downton Abbey is right down your alley. This British historical drama is comprised of six shows. You get to meet the aristocrat Lord Crawley and his family who live in the sprawling English country house set in the Yorkshire countryside. The domestic servants in the house also play pivotal roles in the show. With a closer look at life upstairs and downstairs, the show offers a first-hand experience of historical events like the sinking of the Titanic, First World War, Second World War, the Irish War of Independence, Spanish influenza, and so on. We even find out how the decline of the British aristocracy affected the lives of the common folk as well as the aristocrats. The costumes add to the authenticity of the show, along with the beautiful English countryside followed by the enormous Downton Abbey itself.  This is one of the best shows to binge watch with family.

If horror and teenage drama is more your kind of thing, Stranger Things is the show to watch! This American science fiction horror show has caught the fancy of the young and old alike. Set in the ’80s, the show starts with the mysterious disappearance of a young boy. The sudden appearance of Eleven, a girl with psychokinetic abilities added to the mix makes it a good show to binge watch! With three seasons already under its belt, Stranger Things already has a huge fan base all over the world.

Anybody who has had read a newspaper in the past few years must have got a glimpse of the hype that the show Game of Thrones had its fans enthralled in. Based on a book series by George R. R. Martin, the show is a fantasy drama series. Set in a fictional world, the heirs of noble families fight over the Iron Throne to rule over the Seven Kingdoms. With over 58 Emmy nominations on its side, Game of Thrones has captured the interest of fans all over the world through its tremulous eight seasons. It is one of the top 10 shows to watch in lockdown. It is famous for its steamy sex scenes, blood drenching violence, unexpected deaths, eerie music, and of course the dragons. One cannot talk about Game of Thrones and not mention the dragons. Dracarys!

The 100 is a post-apocalyptic science fiction drama. In the first season, a hundred juvenile delinquents are sent back to Earth to check whether it is habitable after its destruction by nuclear missiles ninety-seven years ago. You get to watch how this group of teenagers find themselves on Earth for the first time in their lives. Once they get over the joy of open meadows, beautiful streams, and fresh fruits and vegetables, they discover that they are not the only ones on the planet. Loosely based on a novel by Kate Moss, The 100 is a fine balance of science fiction and drama. Spread over seven seasons, The 100 is a great show to binge-watch for teenagers and adults alike.

If you love sarcasm, bad jokes, and pranks, The Office is a show to binge watch! It is a mockumentary that follows a group of workers at a paper company called Dunder Mifflin based in Scranton. You get to meet Michael Scott, who prides on being a great boss and manager, which is further from the truth than what you would think. Some other notable characters in the show include Dwight, Jim, and Pam. While we watch Jim and Pam grow from friendship to a family with two young kids, we also get to enjoy the many ways Dwight and Jim prank each other. The show takes us through the everyday lives of the office workers as they go through the ups and downs in their life. Who knew that a paper company could be so interesting?

Spread over five seasons Breaking Bad is a great show about a chemistry teacher, Walter White who takes to making meth after he discovers he has cancer. This crime drama series takes Walter and his partner in crime, Jessie into the underbelly of the drug mafia. Considered to be one of the best shows to have ever been created, it even has the honor of being entered as the most critically acclaimed show of all time in the Guinness World Records. Breaking Bad is a great way to get started on your binge-watching plan.

This list of Top 10 TV shows to watch now is incomplete without a mention of the popular Gossip Girls series that takes you through the lives of ultra-rich, snooty teenagers living on the Upper East Side of NYC. With access to everything money can buy, these teenagers thrive on drama, fashion, love, and betrayals. Gossip girl is a mysterious character in the show who sends out broadcasts of the latest rumors and flings. You will not find out the true identity of this character until the finale of the last season. So hang in there and get ready for some utterly decadent drama!

This British historical fiction series starts in the year 866 with the Vikings conquering York. The show takes you through the years 878 to 910 by the fourth season. Uhtred of Bebbanburg seeks his ancestral birthright. This enthralling series will have you on tenterhooks as you watch episode after episode. With an upcoming fifth season in 2021, it is on everyone’s list of shows to watch currently. Grab some popcorn and settle in some for quality screen time!

If you need a show to binge watch, it is time you were introduced to Money Heist. It is a hugely popular Spanish crime drama that has captivated viewers all around the world. Set in Madrid, the first season starts with the Professor recruiting a group of eight people as a part of an ambitious plan to rob the Royal Mint of Spain. This fast-paced drama will keep your heart rate up as you find yourself drawn into the show. With four seasons under its belt, Money Heist is defiantly one of the best crime dramas to hit the screen in the last few years.

No doubt that these Top 10 shows to binge watch will keep you glued to the screen for hours on end. Don’t blame us if you wind up watching each show and leaving reality far behind! If we have missed out any of your favorite shows, let us know in the comments!