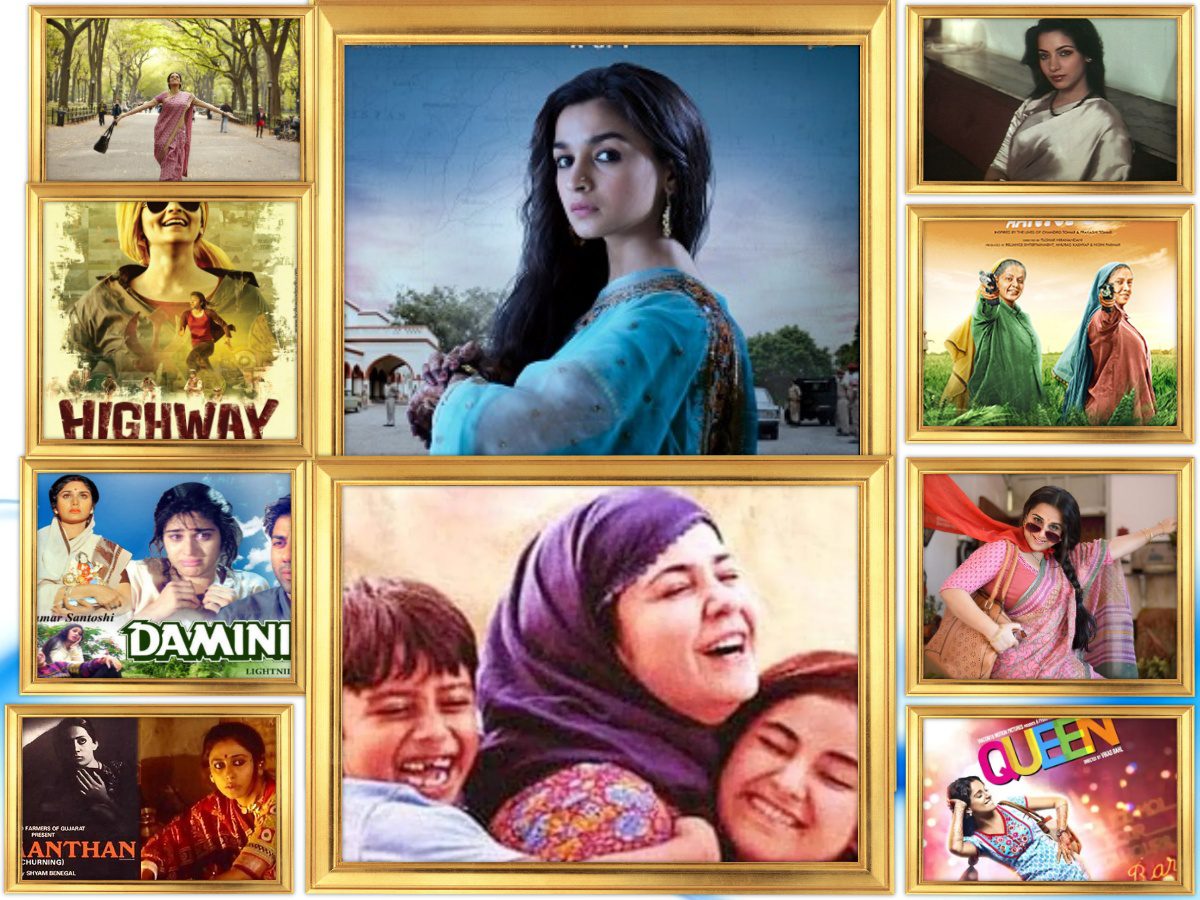 When life took a turn all of a sudden after the lockdown, days got busier, and balancing work and home was quite challenging. I had to take some inspiration to get things going and that is when I planned to look-up to some inspirational female characters which I can relate. Certain movies influence us so much, that they create a special place in our lives. Let’s check out the Top 10 inspiring women characters in Bollywood who have touched a string in our hearts.

Here are some ceiling-smashing women characters to take inspiration from our very own Bollywood movies, who created magic and taught us, that, we are not alone.

A powerful story on self-discovery and self-love, which each one of us can relate to. Rani (Kangana Ranaut) portrays how to pick yourself up and brush off the dust during the hardest of times. The story portrays how Rani went on a honeymoon to Europe alone after her marriage was called off, and it also depicts how true friendship and motivation from people of different cultures help in gaining confidence. Kangana Ranaut is an inspiring Bollywood actress who has churned out some memorable characters through her acting. The movie starts with the lovely number “London Thumakda” and after that, it is a roller coaster, you are sure to fall in love with Rani’s Character in the Movie Queen!

One of my all-time favorite actresses, Late Sridevi played the character of Shashi to the fullest. This story portrays how to overcome obstacles by sheer determination and hard work, it also gives a strong message to respect homemakers and Mothers at Home. The determination to learn English to earn back the respect of her children and husband was portrayed well by Sridevi, making her one of the top 10 Bollywood inspiring women characters. The story of English Vinglish explores the subject of family values in an extraordinary way, so yes, this movie is a must-watch with the family!

This movie is an all-time-favorite because it portrays how important it is to speak up against patriarchy and child abuse. It is a very heart-touching story of two battered souls who enjoyed their liberation. Just like the tagline of the movie “In bondage, she found freedom”, Alia Bhat portrays that “if we are not safe outside, we are not safe inside our castles as well”. This is an inspiring character from Hindi films, that can be related to the society we live in. Must-watch if you want to break free and enjoy the Highway!

Oh Yes, this movie is worth a watch due to its heartwarming story. Sulu Dubey (Vidya Balan) relates to every middle-class housewife, who wants to achieve and prove their worth to the family and society but faces backlash due to various reasons. The sensual “Helloo” by RJ Sulu, has made a mark and broken the stereotypes. This movie is a big Yes if you are looking out for some entertainment and inspirational female characters. Vidya Balan portrays a blend of comedy and emotions through this positive movie!

Age is no barrier to achieve! Don’t miss watching the Revolver Dadhi and Shooter Dadhi played by Taapsee Pannu and Bhumi Pednekar (Chandro Tomar) in the movie Saand Ki Aankh (Bullseye).  This is a true-life story of two women, Prakashi Tomar and Chandro Tomar from Uttar Pradesh who made history by becoming the oldest sharpshooters in the world. A must-watch for kids and Dhadhis out there as these real-life characters are an inspiration and motivation, portraying the actual essence of women empowerment! If you are looking out for women-centric movies in Bollywood, don’t miss this.

Najma Malik (Meher Vij) the real Secret Superstar in the movie who plays the character of Insia Maliks’s (Zaira Wasim) Mother surely holds a place among the inspiring Bollywood female characters. Najma portrays the role of a victim of domestic violence faced by many women in society even to this day. The movie describes how a mother saved her daughter even before birth and encouraged her throughout because she saw light at the end of the tunnel. Insiya is a singer who wants to be a vocalist, but not supported by her father in the musical endeavor. Najma tries her best to protect her daughter and helps her in different ways to realize her dream.  Well, if you are a fan of Aamir Khan, his role as Insia’s mentor Shakti Kumar is laudable. This movie emphasizes mother-daughter bonding and sheds light on how a mother is always a pillar of strength! A heart-warming movie that will surely melt your heart, Secret Superstar!

What a performance by Meenakshi Seshadri in the movie Damini! An impactful story that portrays how women can support other women. The movie deals with the very sensitive issue of rape. The story characterizes how Damini stood and fought for Urmi (Prajakta Kulkarni) the maidservant who was raped by her brother-in-law and his friends. Meenakshi Sheshadri gives a power-packed performance, she goes against her family to bring justice to Urmi. This is surely one of the classic inspiring movies with a female lead that reminds us that once women set their minds, anything is possible!

“Ae Watan, Watan, Mere, Abad Rahe Tu”, well, this is the impact the movie Raazi has once you watch it, makes you hum this song! This movie talks about patriotism and the way Alia Bhat translated it on screen is commendable. Alia Bhat in Raazi is surely one of the top 10 inspirational female characters not to miss. Hidayat Khan (Rajit Kapur) an informant for the Indian Government summons his daughter Sehmat Khan (Alia Bhat) to be a spy and marries her off to a Pakistani Army officer Iqbal Syed (Vicky Kaushal). The journey of how Sehmat dedicates herself for the benefit of her country kindles our patriotic spirit. Alia Bhat’s solid performance makes this thriller spy movie a treat to watch!

The first thing that comes to our mind when we think of Smita Patil is of course her striking luminous eyes and the charisma she brings to any character she plays. Bindu (Smita Patil) is the icing on the cake in the movie Manthan. A movie that talks about the white revolution and the setting up of the milk cooperative movement at a backward village of Gujarat is a must-watch if you want to experience the real essence of Indian village life.  Bindu in Manthan is easily one of the most inspiring female characters in Bollywood thanks to Smitha Patil’s fiercely feminine portrayal and outstanding performance!

Pooja is surely one of the most powerful roles essayed by Shabana Azmi in the film Arth. She fits into the character and delivers a stellar performance and surely holds a place in the 10 Bollywood female characters that inspired us. This movie speaks about infidelity and how Pooja (Shabana Azmi) deals with the extramarital affair between her husband Inder Malhotra (Kulbhushan Kharbanda) and Kavitha Sanyal (Smita Patil) is heartwarming. Pooja decides not to depend on any man and takes the tough choice of staying alone and being in charge of her life. Shabana Azmi takes a decision to live independently by taking care of her maid’s daughter towards the end. A beautiful story where a woman’s life falls apart when her husband betrays her, and how she independently comes out of the mess created by people around her with a very beautiful Ending TOO!

Though I began watching these movies for inspiration and entertainment, when I started writing the reviews for each character, I realized how much I gathered from each one, be it patriotism, women’s empowerment, passion, talent, bravery, or courage. Each and every actress has put in their best to do justice to the character and translated them on-screen realistically. This is the list of the Top 10 best female characters in Bollywood films that inspired me, have you seen any of these movies? Do share your thoughts about it!