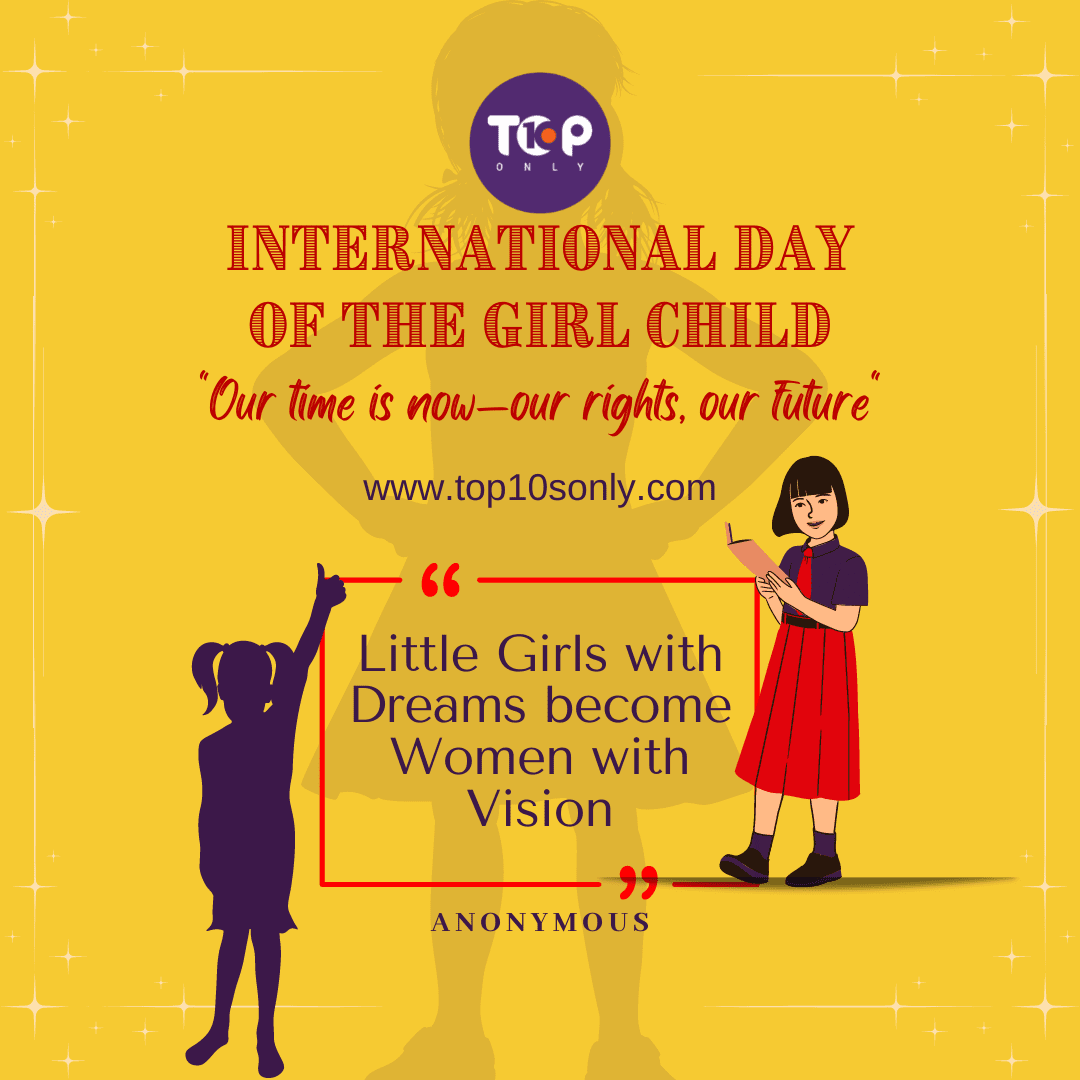 Equal Opportunity Is Not A Privilege – It Is A Birthright!

For millions of young girls across the world, the term “opportunity” is not something they are familiar with. More often than not, they have been sidelined, neglected, humiliated and even threatened by a society which deems them inherently inferior to the male gender. Young girls face enormous challenges. They are denied their basic rights to education and healthcare, lawmakers do not ensure their safety, and they are often forced to accept discriminatory practices like child marriage. The potential talent of generations of young girls is missing because of the systemic gender inequality prevalent in societies across the globe.

It is to address such issues that we commemorate the International Day Of The Girl Child.

International Day of the Girl Child: How It All Began

The International Day Of The Girl Child was first commemorated in the year 2012. It was initiated through a resolution passed by the United Nations General Assembly. The resolution was meant to recognize the significance of empowering and supporting young girls who were at risk of being marginalized due to flawed policies that encouraged gender disparity. As per this resolution, it was unanimously decided that October 11 would be annually marked as the International Day of the Girl Child.

Since its inception, there has been an increase in awareness of the many social issues that plague young girls. Worldwide, an estimated 25 million child marriages have been prevented through timely intervention. There have been widespread changes in draconian policies that had long ignored the girl child’s fundamental rights to education, justice and healthcare. Harsher punishments are being meted out to sex offenders, and gender disparity is being called out in the employment sectors.

Today, young girls are encouraged to participate and become a vital aspect of society. There are still many miles to go in this journey to empowerment. However, by commemorating young girls on special days like this, we can hope for better days for them in the near future!

May our young girls be allowed to dream of a life of their own choosing!