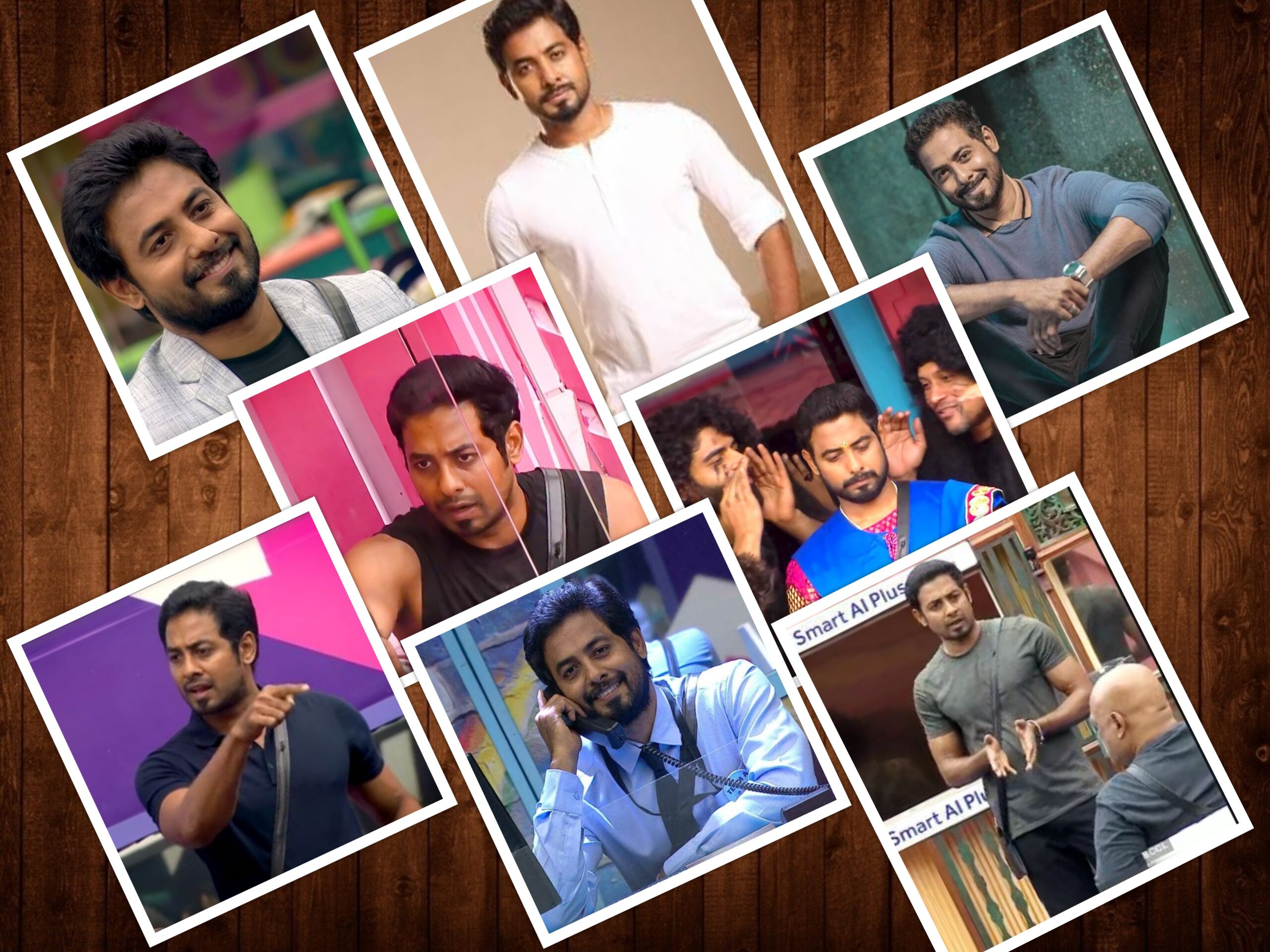 Bigg Boss Tamil has been one of the most popular reality shows in the regional radar in India. Though this Big Brother concept is being seen purely as a game show, the connection it has with the audience in South India especially in Tamil goes beyond it. The Tamil audience has always been emotional travellers be it watching a movie or a game show and Bigg Boss Tamil is no exception to that.

We have seen some amazing individuals who have touched the popularity charts through the seasons, some for their positives and some for their negatives. However, there is no denying that the popularity scores help in setting up the right platform for their career successes which has given this reality show even more lustre. Some individuals have shown grit and courage through daredevil performances, showcase of character and mental strength for which they have been celebrated by the viewing public.

Though we can pinpoint a few who have weathered it all, never have we seen such unprecedented support for an individual as in the case of Aari Arjunan. Aari Arjunan is a normal guy, an actor, a social activist, who hasn’t seen success yet in life and hence the decision to come to Bigg Boss Tamil 4 which could present him the right launch pad.

So what makes him tick, why is there so much of love and support that’s overwhelming for one guy, who actually is a player in a reality show?! There are lots of questions asked by haters (who are mostly supporters of other housemates) as to how this is possible. Some have taken the easy route saying that it is all PR work (reminds me of the story of the fox and sour grapes)! Well, the truth is far from that. Let’s analyse the Top 10 Reasons Why Aari Arjunan is the People’s favourite in Bigg Boss Tamil 4.

It takes a lot of grit to take criticisms with a smile and move on in a confined space where you are forced to mingle with the same people who mock, accuse and try to break you. Aari Arjunan does that. No matter what is thrown at him, he stands firm on his beliefs and converts the blames into badges without much ado.

Being hated for being right is one of the most difficult scenarios to be in. This hate from other housemates because he asks the right questions and more often than not they find themselves in a spot, had turned almost all of them against him. Inspite of the hate, abusive behaviour and below the belt language used on him to his face, he has the ability to forgive, that puts him notches above the next popular guy.

No one is perfect, hence though he could have slipped very rarely, his choice of words have been very neat and clean. Even when another housemate was hurling one abuse after the other, he held his tongue. If not for a guy like him, the verbal spat could have ended in a wrestling match!

Don’t think there is enough space to talk about this! That has become the talk of the town! Aari’s mental strength has become a role model for people to follow. In a confined space up against all odds, this guy hasn’t broken down. Kudos to that. Even to survive in such an environment one needs to be super strong mentally, leave alone standing up for believing in what is right!

#5: Aari’s Deep Understanding of the Game

Bigg Boss is a game show. To understand that as is, needs some special IQ and the guy has it! He is pretty clear that he didn’t come to make friends and enjoy a holiday, he came there to make a mark – and man has he achieved that! Friendships happen along the way, but he has never let that hinder his game or theirs.

There is never a moment of self-doubt! He understands and believes he is right and where he feels he is not, he has never failed to apologise. This quality is the reason he can take all mocks and abuses with a smile and be the lone ranger that he is. No matter what people say or accuse him of, he believes that isn’t right till he accepts it. Since he doesn’t accept it, it doesn’t affect him. Sounds simple, but damn difficult to follow! The man walks the talk!

Aari has never been selfish – though some housemates believe otherwise. He has shared his knowledge of the game like he does in the outside world and pinpoints things that can help them improve. Those who understand it have benefited (some too late) and those who have mocked him have only let themselves down the drain! His thought of wanting everyone to improvise and benefit is a quality that has become scarce in today’s world.

If you want a hardworking peer by your side, Aari is your man! Give him a job to do, he will finish it for you. To keep doing it right week after week and still be nominated as the worst performer and ending up in the resting room would have put others off. But not Aari. No matter what happens, he keeps doing his duty without fail.

#9: Standing Up for What is Right

When someone makes a mistake, even if it is his ally, he pinpoints and calls a spade a spade! He doesn’t take sides based on his favourites in the house but takes a stance based on what is right. This attitude can be seen in his eviction nominations and Best & Worst Performance nominations – he has supported the worthy and has raised the red flag for special preferences and biased behaviour. He hasn’t bothered that it might cost him his place in the house – that has earned him lots of respect among the masses.

It is not easy to stay in a place with 70 odd cameras, without knowing what the outside world thinks or does and still holding ground. He believes that if he is right, people will support him inspite of not being a sensation before entering Bigg Boss Tamil which ironically some of his other housemates enjoyed. His blind leap of faith based on his righteousness has only reaped rewards. What started as a small ripple has become a tsunami of support not just for Bigg Boss Tamil viewers in India but all over the world.

For all the above-given reasons and more, Aari Arjunan has established an emotional connect with the audience to an extent that has never happened before. The Tamil audience has never before witnessed this sheer will power and mental strength that he possesses. We have only seen people break when hurdles are thrown at them – be it Oviya, Bharani or Madhu of the previous seasons. But here is a guy who has converted the hurdles to be part of the race and keeps jumping over them to reach his target.

If getting into the audience’s hearts is the target, then Aari Arjunan has already achieved it among Tamil Bigg Boss viewers. Wishing him all the success in his future endeavours whatever he might do – because now he is not alone, he has the strength of the masses behind him. “Aari Neenga Vera Maari”!

Did you like these Top 10 Reasons Why Aari Arjunan has become the People’s Favourite in Bigg Boss Tamil 4? Kindly leave your comments and thoughts below. If you are a Marvel Fan apart from Bigg Boss Tamil, you can also check out Top 10 Marvel Characters and Who Can Replace Them From the DC Universe.