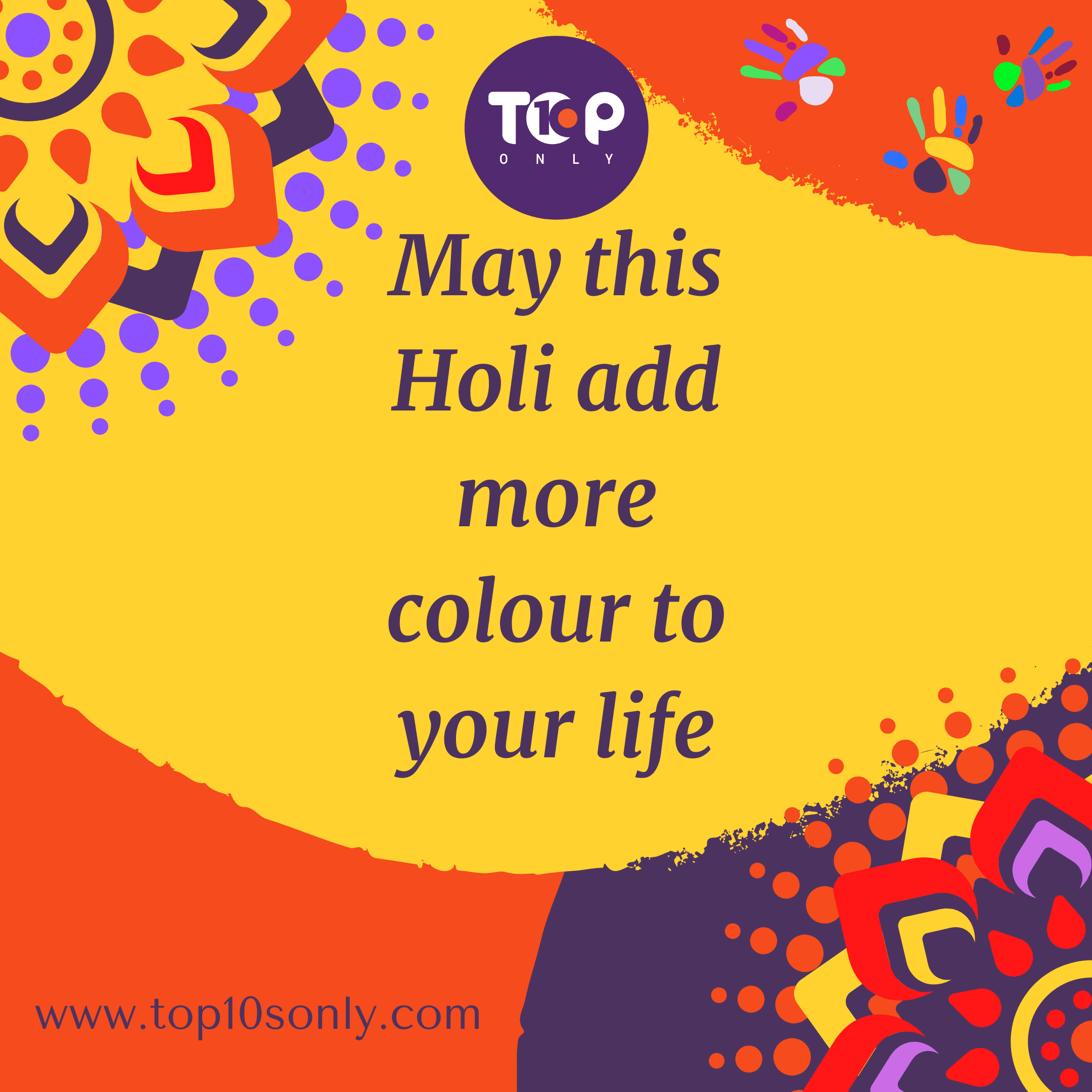 Top 10s Only wishes everyone a very Happy Holi! Known as the festival of colours, it brings plenty of joy and cheer. Holi is being celebrated at home with family during the COVID pandemic in 2021 across the country. Holi events and celebrations across India and around the world have become common, but not many know the real story behind it. At Top 10s Only, we thought we would give you an insight into what it is about. Check it out below…

The Hindu mythology dates back to the days of Hiranyakashipu of ancient India. A self-obsessed king, he demanded all his subjects worship him. The one who defied him was his son Prahalad, an ardent devotee of Lord Vishnu. The cruel king tried all he could to change Prahalad’s loyalty but in vain. He finally decided to end his son’s life by making the child sit on the lap of Hiranyakashipu’s sister Holika who sat on a pyre.

Holika was immune to fire, but as the good lord willed, Prahalad was saved, and Holika was burnt to ashes. The defeat of Holika became a sign of the victory of good over evil, and hence Holi came into being. In some traditions, the burning of pyre on the previous day of Holi celebrations is still followed. Thereby it is being celebrated as a two-day festival.

There is also the Radhe Krishna connection with Holi. It is believed that Lord Krishna loved to play pranks on Holi by splashing colours on everyone in Vrindavan and Gokul. This soon spread, and the entire community started celebrating Holi in this fashion. However, it began with Radha, Lord Krishna’s girlfriend. Lord Krishna drank the poisonous milk of a demoness as a child, and hence his body turned blue. As a result of this, Krishna, who was in love with Radha, feared that she might not love him because of that. Radha, the true love that she was, allowed Krishna to smear her in colours so that there was no colour differentiation between them. For this reason, Holi is also referred to as the Festival of Love.

Holi comes in which Season and Month?

Holi comes in the spring season. It falls on the full moon day of the Holy month of Phalgun (Panguni) in the Hindu Calendar. It also signifies the end of winter and the arrival of spring. Hence it is celebrated as a harvest festival.

Food is abundant during Holi, and some delicacies are popular in most celebrations. Ghujiya, Dahi Bhalle, Lassi, Pakore, Thandai, Chaat, Kanji, Kachori, Malpua & Rabri, Besan Sev, Namakpare, Shkarpare, etc are some of the popular Holi food.

Now that you know all that you need to know about how Holi came into being, enjoy the festival with all its hues. Just indulge in all the colours that life throws at you and enjoy safely with family & friends. In these COVID times, celebrate while adhering to the health protocols.

Happy Holi from us to you! Have a good one!